Tip #6: Use the Campaign Budget Optimization (CBO) Option for Spending

For Tip #5/10, I wrote about using the Appropriate Ad Budget…..Not too much money, not too little money…JUST the right amount (the ‘Goldilocks’ approach…LOL).

Well, Tip #6 deals w/ how the Facebook Algorithm spends that budget…….i.e at the ‘Campaign Level’ or at the ‘Ad Set Level’.

Um, at this point, you may be a bit confused w/ these 2 terms…..so, here’s a quick image to show you what I’m talking about 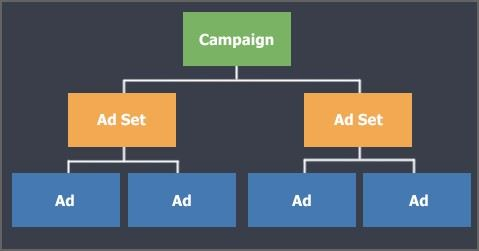 Campaign Budget Optimization (CBO) is a Facebook advertising feature that should not be ignored.  This might sound fairly trivial but it isn’t.

Tip #1: Use Video in your ads as much as possible.
Tip #2: Use ‘Automatic Placement‘ for the delivery option.
Tip #3: Set up the Facebook Pixel for tracking opportunities
Tip #4: Set Up & Use Custom Audiences
Tip #5: Use an Appropriate Ad Budget